A press release states the HYBRiX 2.1 quadcopter completed a non-stop flight of 8 hours and 10 minutes at Quaternium headquarters in Valencia, Spain.

“With this breakthrough, Quaternium set the new world record of endurance with the longest hybrid-drone flight on Earth. HYBRiX´s flight in Spain lasted nearly one hour more than the previous flight record, from Richen Powerm,” a company spokesperson said.

In 2017, the company reported an endurance flight of 4 hours and 40 minutes. “Aerial monitoring is one of the main applications of HYBRiX.20. Quaternium team has developed a system configuration with an advanced camera that enables HYBRiX.20 to perform long-range observation missions” Jose Luis Cortes, founder of Quaternium, stated at the time.

“Most multicopter drones in the market offer flight times ranging from 25 to 40 minutes, forcing the pilot to carry multiple batteries to the field while losing most of their time charging them,” the statement noted. 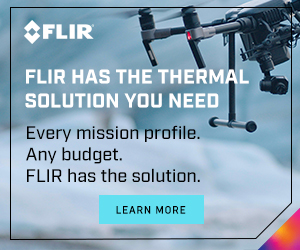 “Compare this tedious work with just spending the whole time flying and getting all the information you need. With this game-changing innovation, it is possible … Thanks to this huge advantage in flight time, HYBRiX is the ideal aircraft for aerial missions such as surveillance or first response. In every emergency situation, when time runs against the clock and lives are on the line, a long-endurance drone is a strong ally.”

The flight may have limits in terms of practical use, however. The video of the flight provided by Quaternium seems to only hover in place during the marathon flight without gaining distance.

The HYBRiX project is supported by the European Union through its innovation program Horizon 2020, which fosters disruptive projects in “innovation, excellent science and industrial leadership. The project has also received multiple awards by institutions such as AUVSI, CDTI, or the Spanish government.”

“With HYBRiX, rescuers and firefighters will be able to identify hot spots and access property damage while searching for survivors. Thanks to the unique features of HYBRiX, these situations can be managed safely while achieving faster results.”