Designed and developed by the Abdul Kalam Advanced UAV Research Center at Anna University, these drones are manufactured by private partners in line with the Make in India initiative. 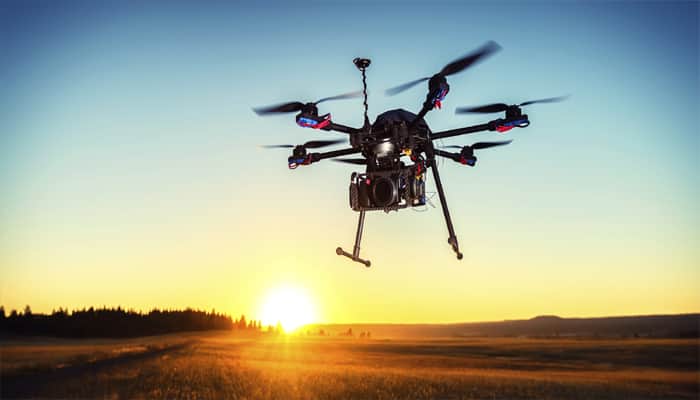 Chennai: The Chennai Municipal Corporation has successfully completed trials for using drones to disinfect inaccessible and congested neighborhoods in the city. These drones, developed by the Abdul Kalam Advanced UAV Research Center at Anna University, will be able to spray disinfectants day and night duty over a large area of up to 2 lakh square meters after their deployment.

The drones would enhance the efforts of the corporation which has already deployed over 500 vehicles to disinfect the city. The drones would provide additional reach by enabling coverage of narrow lanes with buildings that are tightly packed.

“Most other drones are battery-powered and have a capacity of holding lesser than 10 liters of disinfectant, whereas our drone is powered by an internal combustion engine that runs on petrol and can carry 16 liters of disinfectant, thus enabling it to operate for longer hours. Our drone can also perform the spraying from altitudes as less as 3 meters to 25meters and have a two-hour endurance” Dr K Senthil Kumar, Director, Abdul Kalam Advanced UAV Research Center told WION.

The drone that is to be used by the Corporation is a modified version of the drone that Anna University had developed to help farmers spray nutrients onto their crops spread across large fields.

Dr Senthil Kumar said, “We have modified the mechanism and tweaked the parameters in a way that the centrifugal pump can disperse an ultra-low volume spray. This ensures that every single droplet is broken down into thousands of smaller particles which cover a wider area”.

The usage of drones drastically reduces the risk of exposure of healthcare workers who are otherwise deployed for disinfecting operations with hand pumps or trucks. While battery-powered drones need to be grounded and fitted with a new battery every few minutes, the petroleum-powered variant is capable of flying for nearly two hours, after which it can be refueled and instantly deployed for work.